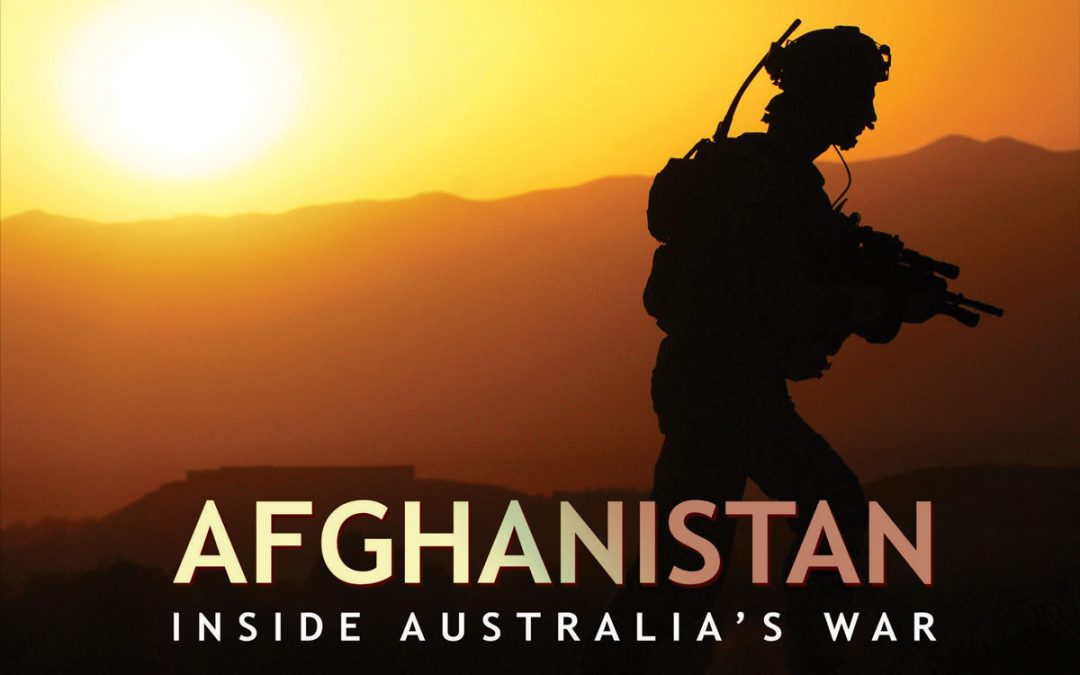 ON AIR: Afghanistan: Inside Australia’s War – Weds 7.30pm on HISTORY

This multi-award winning 3 part series offers the definitive account of the war in Afghanistan from a uniquely Australian perspective.

The series explores the successes and failures of the war and how the war on Terror has changed our lives. It asks the men and women who fought Australia’s longest war if they would ever return to fight in Afghanistan. Extraordinarily, to a man and woman, they would.

Episode 1: Acts of War The first episode charts the war’s first phase: from dramatic accounts of the Australian SAS handpicked to partner the US Marines in the first ground invasion, to the fall of Kandahar and the strategic confusion, individual heroism and massive firepower of Operation Anaconda, the biggest battle of the war.

Episode 2: Hearts and Minds This episode charts Australia’s efforts alongside Dutch forces to secure the Afghan province of Uruzgan and support the new (and increasingly corrupt) government of Hamid Karzai by building hospitals, roads, schools and police stations.

Episode 3: We All Have to Get Home With the war in quagmire, the Australian Army’s main fighting force, the Infantry, is sent to join a Coalition surge to break through, defeat the insurgency and train an Afghan force that could secure the country and make our exit possible.