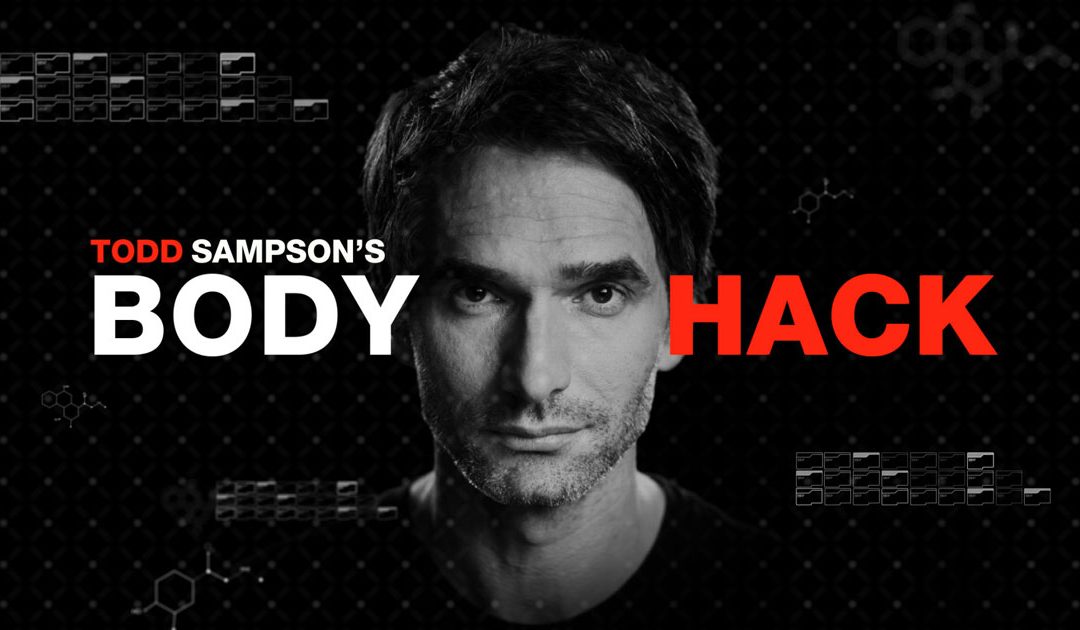 Todd Sampson, adventurer and human guinea pig, takes on some of the biggest challenges of his life as he embarks on an epic investigation of some of the world’s most extraordinary people.
Using science as his guide, Todd deconstructs and decodes how these incredible people live, what they do differently from the rest of us and how this impacts the human body. But, in true Todd Sampson style, he will not just observe them: he will hack into their lives and try to become them.

In tonight’s first episode, we watch as Todd has two weeks to become a professional MMA cage fighter.

He travels to one of the best fight camps in the world – the Jackson-Wink gym in Albuquerque, New Mexico where coaches Greg Jackson and Mike Winklejohn agree to train Todd for an upcoming fight. Todd has two weeks to learn the skills of seven combat sports, improve his reaction time and hone his hand-eye coordination, with the ultimate goal of lasting 1 round of a professional MMA flight.

Todd Sampson’s Body Hack follows Todd around the world, as he faces myriad challenges, including living as a hunter-gatherer in Tanzania, and confronting his fear of open water to free dive and stride across the sea floor in Borneo.
Todd also takes on one of the world’s most dangerous jobs as a Bollywood stuntman; overcomes injury to train with the notorious French Foreign Legion deep in the tropical jungle of French Guiana; and works as a Himalayan Sherpa at extreme altitude.

This 6 part series is an EQ Media and Entertainment production, produced with the assistance of Screen Australia for Network Ten.