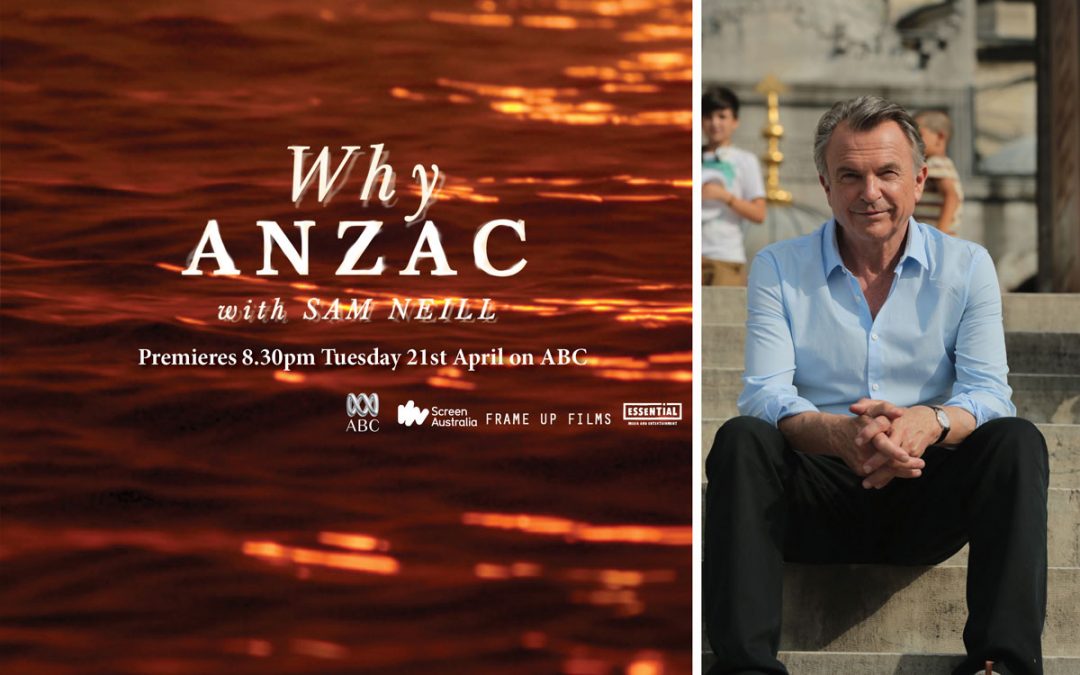 In this 90′ feature documentary New Zealand actor Sam Neill confronts the Anzac Century through the lens of his family’s military tradition. He uncovers forgotten truths that reveal the power of the enduring myth of Anzac that still haunts Australia and New Zealand’s histories. Filmed in a score of international locations and against a background of continuing turmoil, Sam’s sharing of poignant, intimate stories suggests the universality of our need to remember in ways that may offer redemption.

Premieres on ABC on Tuesday April 21st at 8.30pm and available on ABC iView after broadcast.