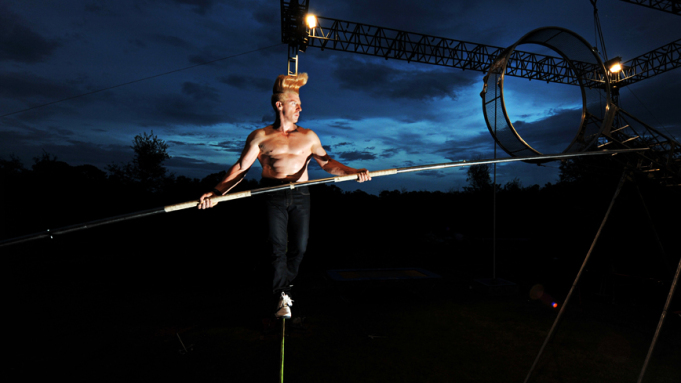 A&E and EQ have also been partnering with daredevil Bello Nock and his company Opportunity Nocks, Inc. on previously announced Volcano Walk Live (working title), a live special showcasing the longest, most complicated and dangerous stunt ever attempted – a world record high-wire walk over an active volcano. The special, which had been in development, has gotten an official green light.

“The Impossible Live will take viewers on a wild ride as they witness, in real time, the world’s greatest daredevils risking life and limb to pull off stunts worthy of a Hollywood blockbuster film, but without the benefits of retakes and CGI,” said Elaine Frontain Bryant, Executive Vice President and Head of Programming for A&E. “The excitement of pulling off the impossible is why we have been working together with Bello, his team and EQ for the last year to continue to develop the biggest stunt of them all.”

Over the course of five two-hour episodes, The Impossible Live (wt) will feature the world’s greatest daredevils attempting the most death-defying stunts ever seen on live television; including a parachute-less jump from a plane onto a speeding train, a motorcycle jump off a cliff in which the daredevil must drop the bike and grab on to the skids of a passing helicopter before the motorcycle plummets to the ground below; and the highest wire walk ever attempted from one hot air balloon to another.

The series will begin pre-production in the US later in the year.

About Volcano Walk Live, Bello says: “We’ve spent two years traveling the world with top volcanologists and engineers planning this untethered world record-breaking high-wire walk. We first considered a volcano in Nicaragua but recent geological events have made the lava lake too small so we decided on a larger, more active and far more challenging volcano in East Africa. This is the wire walk that no one will ever be able to top!”